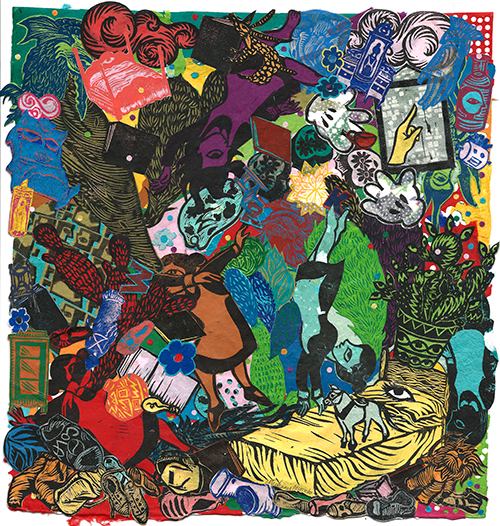 Founded in 1969, Hooks-Epstein Galleries, Inc. is one of Houston’s longest running art galleries. Representing established, mid-career and emerging artists, the gallery pioneered the museum area. Along with a particular emphasis on works on paper, the gallery is also one of Houston’s premier resources for works in the secondary market. In addition, Hooks-Epstein is the only gallery in the region specializing in fine art glass by established glass artists, such as Alex Gabriel Bernstein, Jose Chardiet and Toots Zynsky. Since its founding, the gallery has mounted numerous exhibitions that have received national and international acclaim, many of which have traveled from the gallery to museums and other venues. Many of Houston’s most prominent art collections include works acquired through Hooks-Epstein Galleries. The gallery continues to publish catalogues that are used as a vital source of information for arts communities and publications. The gallery will continue its anniversary celebration through the remainder of the 2019-2020 season, kicking off the new year with an exhibition of mixed media and ceramic works by Kelly and Kyle Phelps, followed by a new series of work by Edward Lane McCartney. The gallery will also participate in the FotoFest Biennial 2020 with an exhibition of works by Julie Brook Alexander, Kathryn Dunlevie, and Prince Varughese Thomas.